Poussin was meticulous in his working methods. When asked how he had achieved his high ranking position amongst the artists of Italy, he replied ‘Je n’ai rien negligé’ – ‘I have neglected nothing’.

Poussin had spent many years studying Leonardo da Vinci’s Treatise on Painting, published posthumously in 1651, for which he produced a number of illustrations. Leonardo’s observations centred on the study of light in the natural world and the recreation of this three-dimensional space by the painter on a flat surface. From contemporary descriptions we know that Poussin would model small nude figures in soft wax and set them on dowels on a stage which would then be set within a box. Carefully placed openings in the walls of this box would allow him to control the fall of light. Poussin would then make tonal wash drawings of individual groups, focusing on the light and shade of the composition. 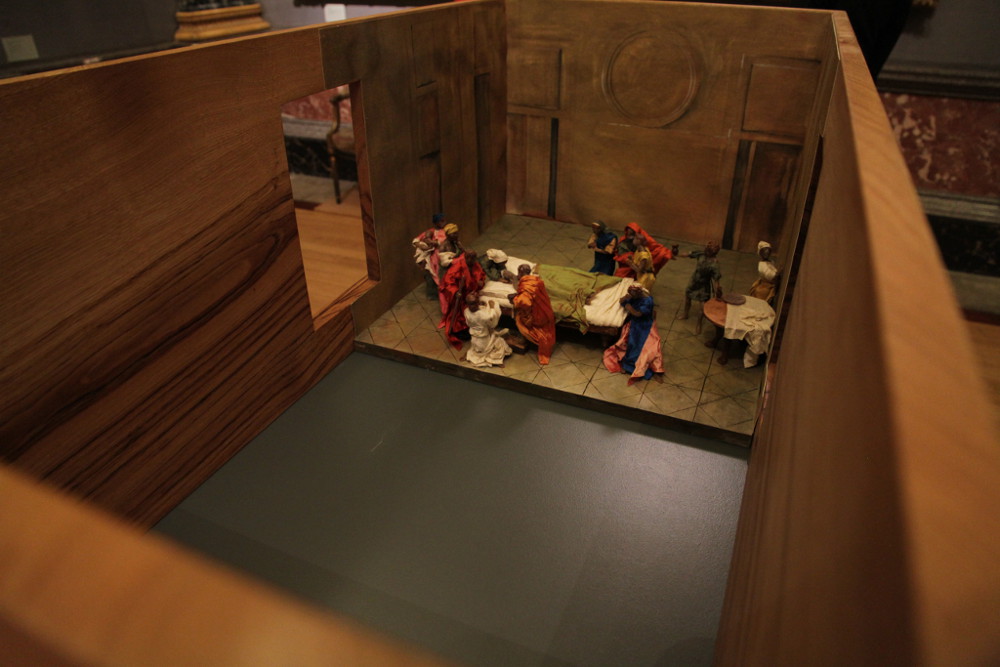 The figurines would then be draped with wet cloth to allow him to study the fall and modelling of the drapery. He would often recreate these studies using living models. In constructing his box or ‘grande machine’ (‘great machine’) he introduced a single eye-hole at the front, from which viewpoint he would study and then draw the composition. It is believed that Poussin used this method during the 1630s and early 1640s. During this later period he was working on the first set of paintings representing the seven sacraments. The last painting in this series, Extreme Unction (1638-40), has been used in a recent reconstruction of this working method, commissioned by the Fitzwilliam Museum, and created by the sculptor Andrew Lacey and artist Siân Lewis.

The infra-red image of Extreme Unction shows that the body of the dying man had already been painted before adding the figure of the anointing priest, whose body and limbs are visible beneath the drapery. He also made changes to the arrangement of the priest’s robes. This shows that his creative process was not confined solely to preparatory drawings – what Poussin called his ‘pensées’ (‘thoughts’) - but was repeated at the painting stage. 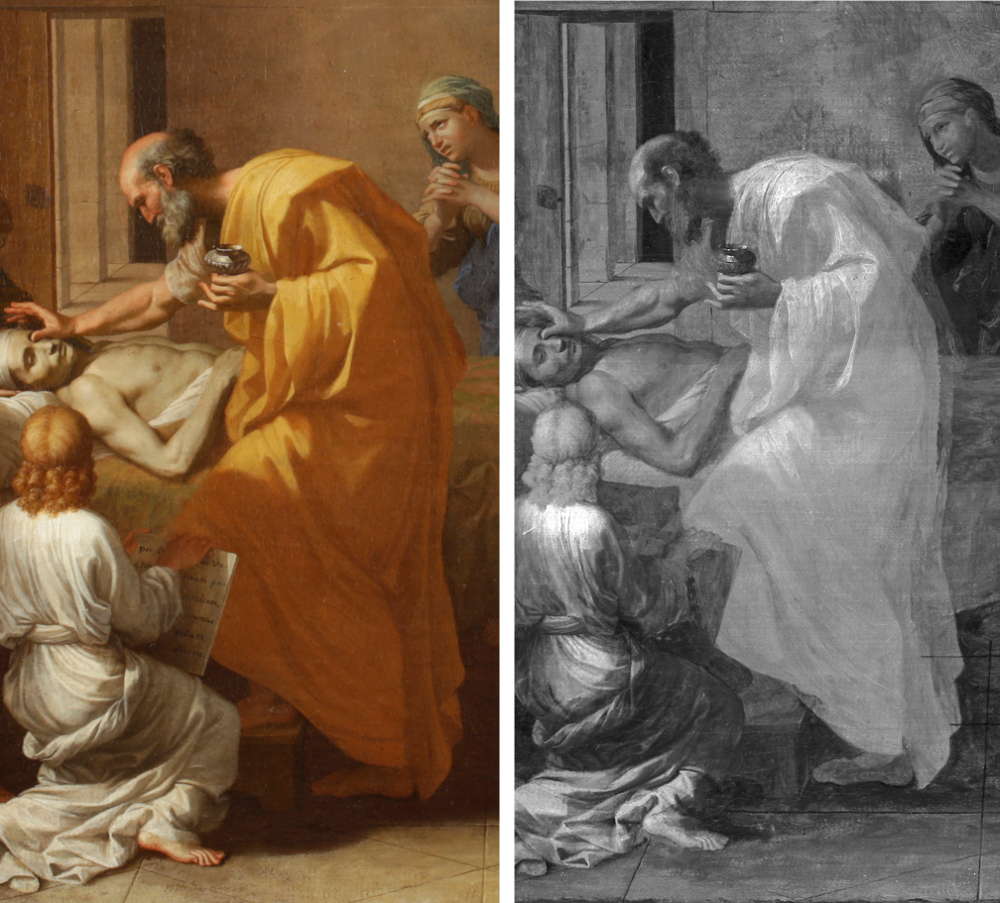 Having established his composition in terms of light and shade on paper and then on the canvas, Poussin would then translate this tonal composition into colour. Poussin was renowned for his deep knowledge of optics, colour and perception. Technical analysis of the paintings and contemporary descriptions tell us that he continually reworked the composition, adjusting his colour to emulate the effects he observed in nature. For instance, the drapery covering the dying man is reddish where the material catches the light, but greenish when in the shade. Poussin was praised by his contemporaries for the harmonious unity of his works, which he achieved by rigorous observation, but it also represented deliberate aesthetic choice; so, for example, the red and green he chose for the drapery echoes the pinkish tones of the priest’s arm and the greenish hue of the dying man’s flesh.